Staying nimble when nothing went as planned.

RRRRRRRrrrrrrrrrrr……...silence. That’s the sound of a boat starting and then dying. That’s a pretty good metaphor for how the last few days played out. You can plan everything to a tee, and life will still happen. This is a behind the scenes peek at the almost terrible, almost horrible, almost no good, almost very bad shoot.

Where the heck do we start?

Monday.
You’d think the previous Friday would have been the unlucky day. Not so much. It started out innocent enough. Check emails. Do traffic. Get stuff done. JK on that last part. Say hello to Monday the 16th, Friday the 13th’s big sister.

First, our designer’s computer stopped working. This is a pristine Mac. Except Monday. Instead of playing nice, it was trying to sync with Dropbox and taking up ALL the storage on the gazillion terabyte machine. Cue Adobe’s exit. Meanwhile, an ND filter we were waiting on never arrived, and when we finally got our hands on it, there was a scratch across the entire surface. 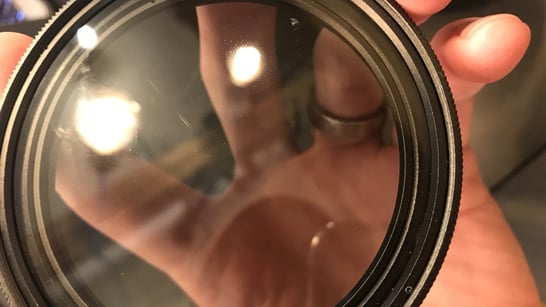 To top it off, not one, but two of our team members dealt with car problems. Despite everything, we kept positive. Tomorrow had to be easier right?

Wrong.
The car was packed with our gear. We had run through our checklists. We were ready to go. The car wasn’t. The battery was dead. 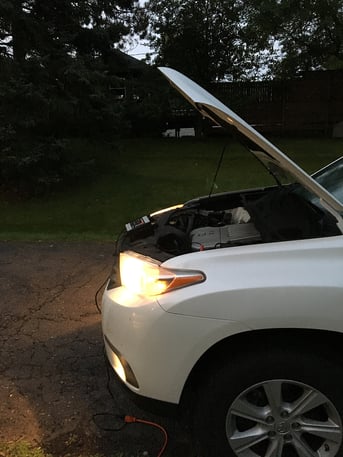 Luckily, we had given ourselves backup time and recharged it and were finally on the road. As we rode north, we checked the weather. Two days before the forecast said SUN, SUN, SUN. Now, with hours to go before shooting, a huge storm system was creeping toward our destination. It's touchdown time? Ten am, right when our first scene was set to shoot — outside. 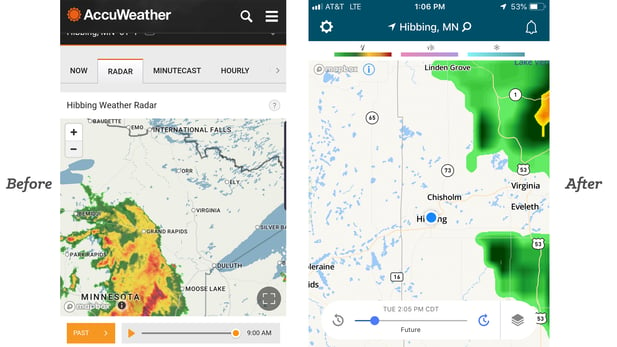 If you don’t laugh, it’s just sad.
We were able to fit in scouting as the clouds gathered. As the monsoon started, we went into mad rescheduling mode. Somehow we had to rearrange three different shoot times that worked with our actors, our locations, and most precarious, our weather. Pivot, pivot, pivot! We managed it, in large part due to our client’s amazing marketing supervisor and Google Docs. It was so simple to change our timeline in one swift action without people getting confused by several different documents. 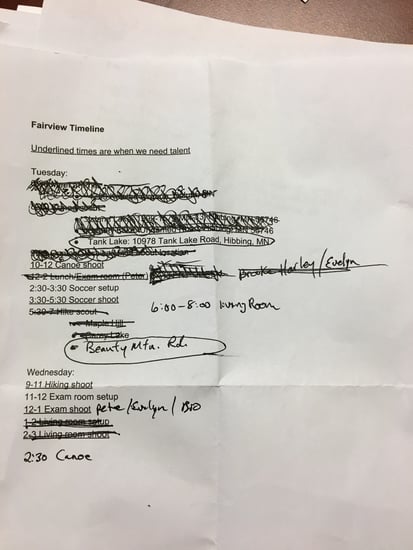 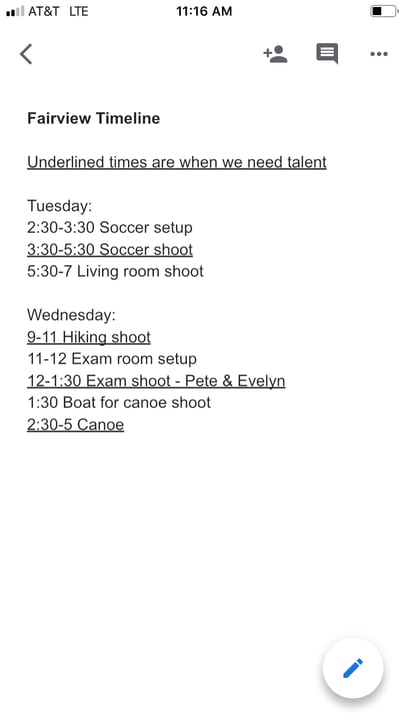 As the day wore on we drove toward our next scene. It was outside. It was still raining. Thankfully, the precipitation ended just as the talent arrived, and the rest of the day went off without any hitches. Oh wait, just a couple. Due to the downpour, the streets were littered with mud puddles. Our white van showed up in various hues of brown. Good thing we’re not scared of getting dirty. With a hose and towels in hand our 4-person team turned from creatives into a car wash.  The results: a van half glistening white and half mud speckled. Guess which side we filmed? 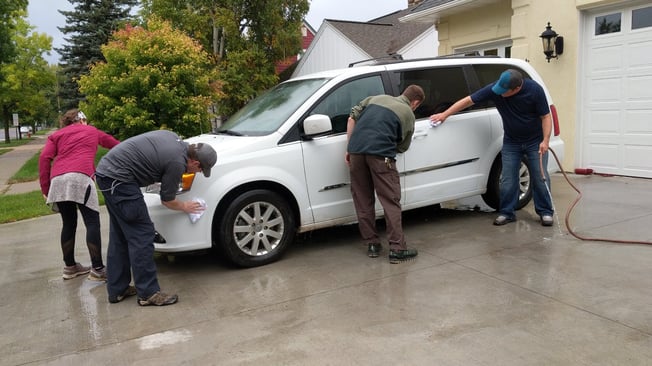 Oh wait, there’s more! Because our timeline had changed so drastically and the turnaround was so short, our talent for the last shoot could no longer make it. Enter writer playing doting mom. Luckily, the part has no speaking parts and is not widely in focus. Not surprisingly, Tuesday ended with beer. 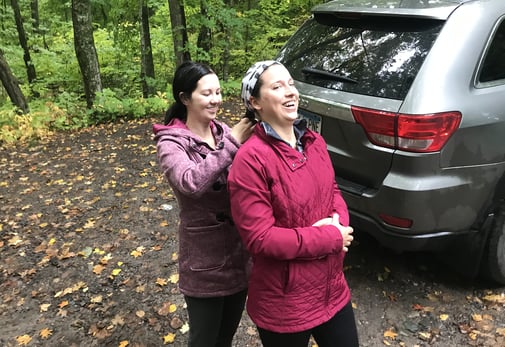 Wednesday was smooth sailing. Gotcha!
Weather continued to be a migraine. We awoke to thunderstorms; the wind and rain never completely let up until we were finishing up the day. Plus, we had gone through our gear checklist, but missed one little detail. The tripod plate. It wasn’t attached to the tripod. We dashed to Walmart and jimmy rigged a workable one using a strap. 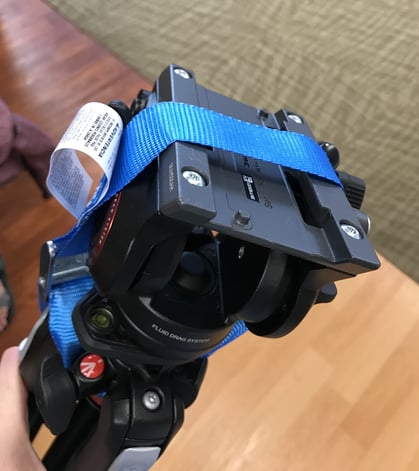 Next issue? Vehicles. Originally, the boat owner would move and drive his boat during the shoot, but because of the reschedule he couldn’t be there. So we had to move and drive the boat. Backing up a boat trailer? Not something we’re professional at, but we managed to do it somewhat gracefully, and more importantly, without hitting anything. 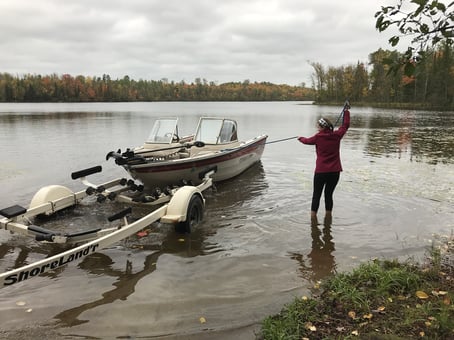 Not to mention that we had to turn around to grab life jackets. Finally we made it to the lake. Of course the boat wouldn’t start. Cool, cool, cool, cool. When it finally stirred to life we hopped with joy. Not for too long because two seconds later we heard our talent exclaim, “I locked the keys in my car.” We were miles from anywhere at this point. Thank goodness the back door was broken and didn’t lock. Another lucky break!

As you can tell, there were a lot of almosts. Thankfully, we were able to navigate around every curve. We captured amazing footage and got to work alongside amazing people. Despite everything, we did it! The best part? Our team stuck together. No one blamed or complained. We supported each other through every challenge and every hiccup. We found the humor in each situation, and kept our eyes on the big picture. We could pull this off. We’re nimble. We’re smart. We got this.

We’re just starting to sift through footage, but we’re happy to report:
Yes, we definitely got this.

Below are the finished spots. 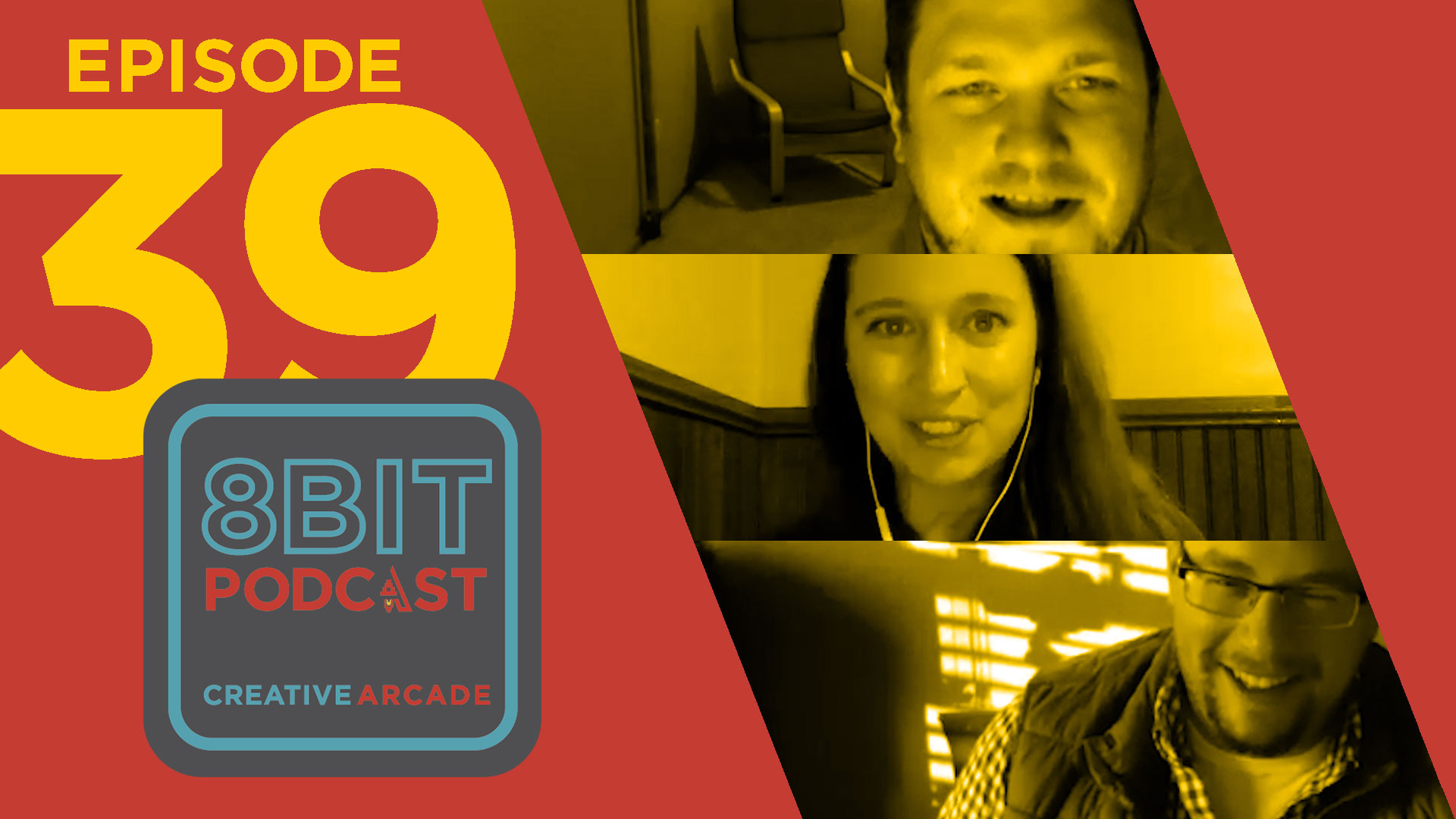 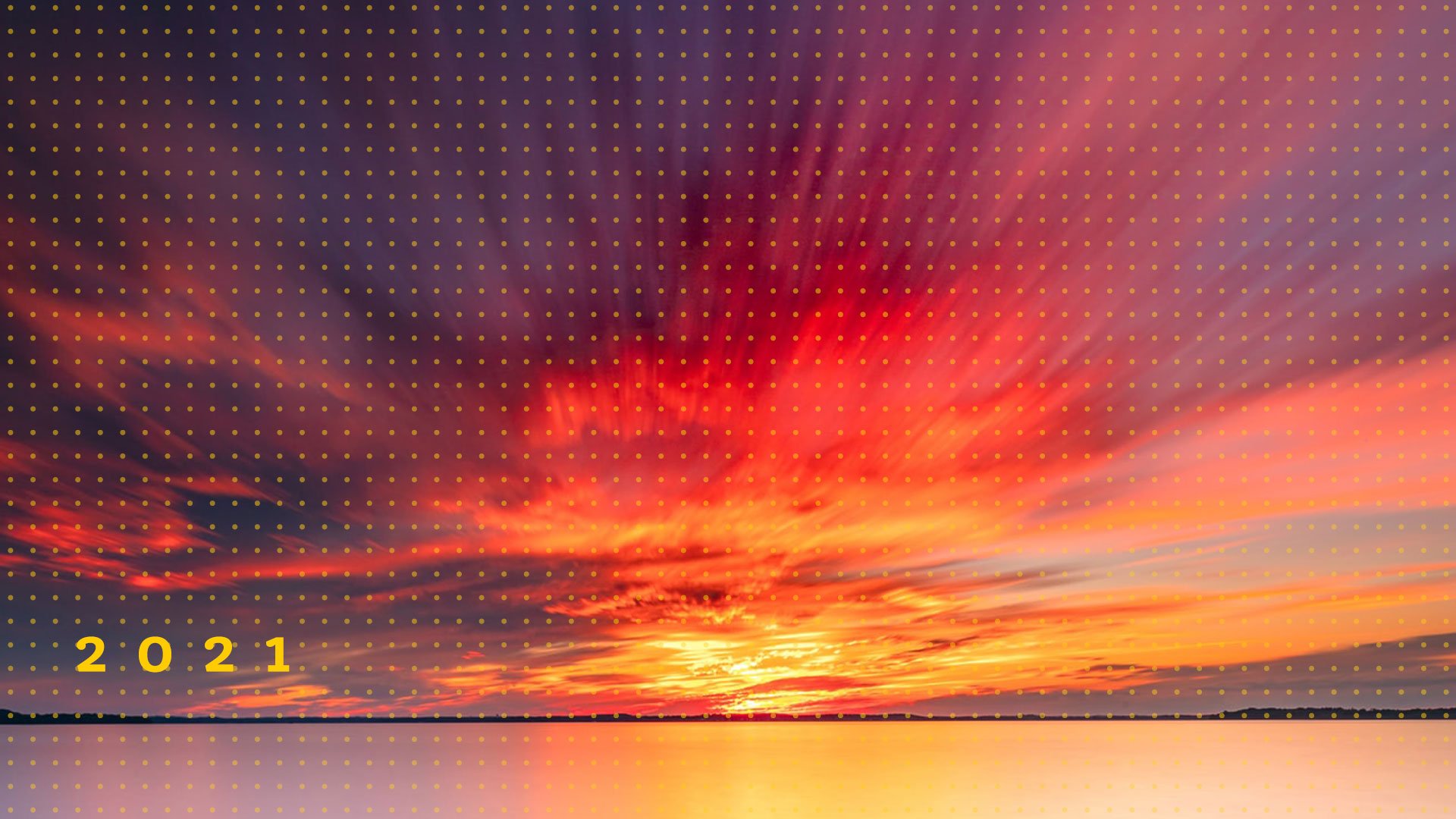 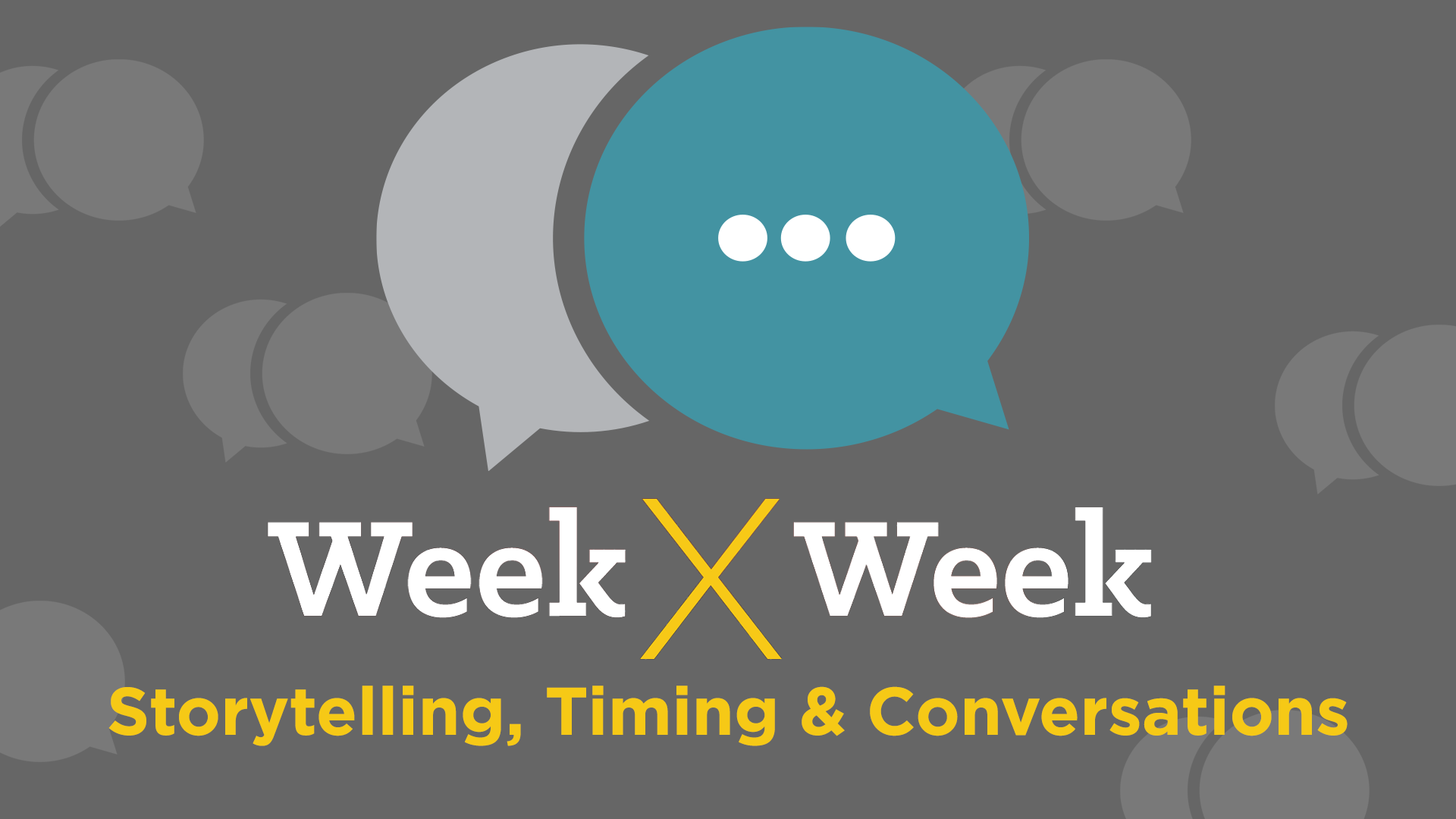