The Minnesota Twins’ 2019 campaign is unlike anything we’ve seen before. So of course we had to discuss it on our podcast. We use their campaign as a lesson on what a legacy brand is and how they were able to tweak boundaries within that brand. A simple take on base branding elements with wild objects, emojis and more. Using texture, repetition, color and more to give it all a much different look that appeals to a younger crowd.

Phil: Hey, what what podcast is this? Is this...

Phil: Well, what are we doing today?

Jeff: Ah, well today we're going to watch the twins a little bit while we talk.

Both: Do you mean 2019 central division champion twins. The one that happened last night. All right. Yeah. Look, you came prepared. Whoops, I didn't. Yeah. So today we, we we thought it'd be fun to like kind of watch a game while we talk a little bit. [inaudible] Got them. Aw. Challenge that. Yup. Let's see guys, he might've got his hand in there. Let's see. Let's see. Castro's reaction. Oh, Smeltzers Nancy. Oh, what's he doing? Is he laughing or are you getting some poke in the eye? He got poked in the eye. Take note. Right. Okay. So no, as I say is before we get into like the cool campaign that they, that this year, quote unquote cool legacy brands. So what is a legacy brand? Are you asking me or am I telling you? Or both? That's the same thing I just asked you.

Both: I would say legacy brand is something that has history to it. Yes. It's something that that's probably been, you know, yeah, a lot of history. Obviously a lot of its success probably have a, they probably have a very recognizable Mark in their brand logo, etc. Maybe a tagline, there could be a lot of different things that go into a legacy brand. But with that and as times change, you know, I think legacy brands, sometimes things need a little like a little bit of a, of a change to it. You know, maybe it's stale, it's not doing well. So sometimes things get changed, a lot, tweaked a lot. Maybe it's to refresh me, it's a total redo and there's those that kind of stand the test of time. That's probably more your legacy brand. And there could be a lot of reasons why. But regardless I think you need, you think about it like we were talking before with, with Detroit, even the twins, like you look at their, their brand, if you will, which we, you know, or their, even their visual part of their brand, not a lot has changed.

Both: Maybe it's gets reused. They have a good base to their brand. And what's cool about that, and I think the more and more they've been looking at this campaign that was done this year, it's so very different. But I think they were allowed to kinda take some chances with it because they had a, they've got a defining visual legacy brand at the base of it, so they were able to do something different and make it totally like fueled, totally fresh and still stay true to the core nature of it. The campaign. This here, I, you know, I think I liked parts of it. Like you and I were saying before that maybe we're not necessarily the target markets. So what I, I guess one of my questions is, you know, maybe in the creative brief is who is their target market? You know, you and I have been twins fans since we were kids, so they don't really need to reach out to us and get us as fans.

Both: So are they going for a younger demographic, which would explain a lot of the creative that we've been seeing. A lot of emojis in there, a lot of visual effects. I read an article about a lot of the inspiration came from like sixties pop art. Not that it's like verbatim, but it's, you can tell there's an inspiration to it. There's a lot of repetitive natured, very graphic, very simple. I think the more and more as I kind of looked at it at two and like looking at all the different ways that use it. Posters, I think we saw mostly as we're watching TV, we haven't seen it yet, but I know I've seen it or not in past games we watched tons of motion graphics, so very graphic, heavy motion graphics. But if you look at, it's funny though, if you look at a lot of the elements, it's who it is.

Both: It [inaudible] I would have had that. Maybe I should be playing in the majors. But one thing I did notice that there's a lot of texture to it. So if you think about you strip down and more of an art, an art level from a more of a visual standpoint there's a lot of texture. There's a lot of repetition. Very colorful. There's a lot of different, you know, base colors going on in there. There is simple, simple typoggraphy the whole thing is very simple as far as the elements. But then there's all this crazy stuff, but there's even like, I feel like there's elements of like Japanese anime in a little bit. I feel like there's there's this well then there's all this, like when I go with the textures, there's like their logo turning in the grass or intimate, you were saying like the for sure like what, but like Taylor and pointed out, it's probably for the bear TC, the bear.

Both: Right. So it's all attached. Your aspects of the experience [inaudible] ballpark the grass, the, yeah, TC, the bear, they got something that like melts into Pepto Bismal or maybe bubblegum like Elsa said. But yeah, it's a strange composition or, or I should say a concert, justaposition of things. Oh, good one. But like I said, the more time you spend with it, Oh, again, we don't have to initially get it, but did it get, did we take attention to it? Did we notice it right? Heck yeah, we did. I think the, the one where they have the TC and it's just basically in Boston two a three D thing. I don't like that one at all. But then they make it into a pretzel and gum cheese on it. And I'm like, that looks kind of cool. Right. Oh, well. And then it's funny, like I, I, I looked also at some of the other ways that you used it and there's a lot of like they use it in like environmental around the phone, Minneapolis.

Both: So there was like all these unexpected places that you'd see this crazy, crazy stuff. You're going to notice that you're gonna think about. Oh, twins. Twins game. Yeah. So you talked about seeing it a lot on TV, which, you know, the more we talked about it, the more I realized I had seen a lot of it on TV. But like you say, maybe I shut down during commercial breaks. So that's when I'm running around doing stuff. A lot of times I'm working on my laptop at night. That's the place I saw the most was Instagram. I follow them and whenever you click click on the twins stories, it seems like every day they have dozens of, of of photos on their story. So a lot of the loudest stuff I saw was still, yeah, I liked a lot of that three dimensional where they would have, I know there was one with Buxton where they showed him and he's kind of rotating around the screen while other stuff is moving.

Both: Heather, it almost Boomerang effect on your phone. Yeah, a little bit. Here, here's again, when you strip it all away though, one thing I did notice when you take it all in as a whole, and this is more of a design side of it, they obviously designed a very cohesive system to it all. Like all the base things, the typography, their color palette, everything was used in different ways to give it like all a little bit different fuel. Or if you put it as a whole, it all will say it goes together. So they're really nice job is still working inside the brand elements, you know, and the, and the identity of it where they went kinda crazy and stuff, you know, again, was it to my personal tastes like I think it was sold great or whatever. No, but again, like you said, target audience thing.

Both: I don't know if I, you know, cause I think it was supposed to appeal a little bit younger in your crowd. And if you look at all the elements involved, it is more than mobile culture, I think, you know, that we're in now. A lot of different little things, you know, effects and things that you would see in other, maybe other you know, digital media, et cetera. So I don't know. It was definitely different, different than anything you'd see. And that's probably what made me a great, is that they took a chance on something that, you know, a lot of other ball teams wouldn't be doing. There's probably still living in the nostalgia era and the, you know, and this was definitely a little bit more I dunno, futuristics not the right foot, not the right word for it, but there definitely more of an ultra modern kind of way of thinking and in the way they delivered it. So, yeah. Well, and what you were saying earlier is we might not be the target market for this campaign, but at the same time, when I'm watching a game, it didn't distract from it from here. I didn't go out of my way to think what is that? Right. Okay. Well, anyways, congratulations with the twins. Right. Thanks, Jeff.

I've always had the urge to scratch that creative "itch." If I have an idea, I check it out. It’s that drive to create something from nothing—starting with an idea and working to make it grow into something that will impact people. I’ve been working in the marketing world for over 22 years now, and every day I feel like I’m doing what I was intended to be doing. Helping people solve their problems in a creative way, caring about what they care about, and seeing that they achieve their goals. 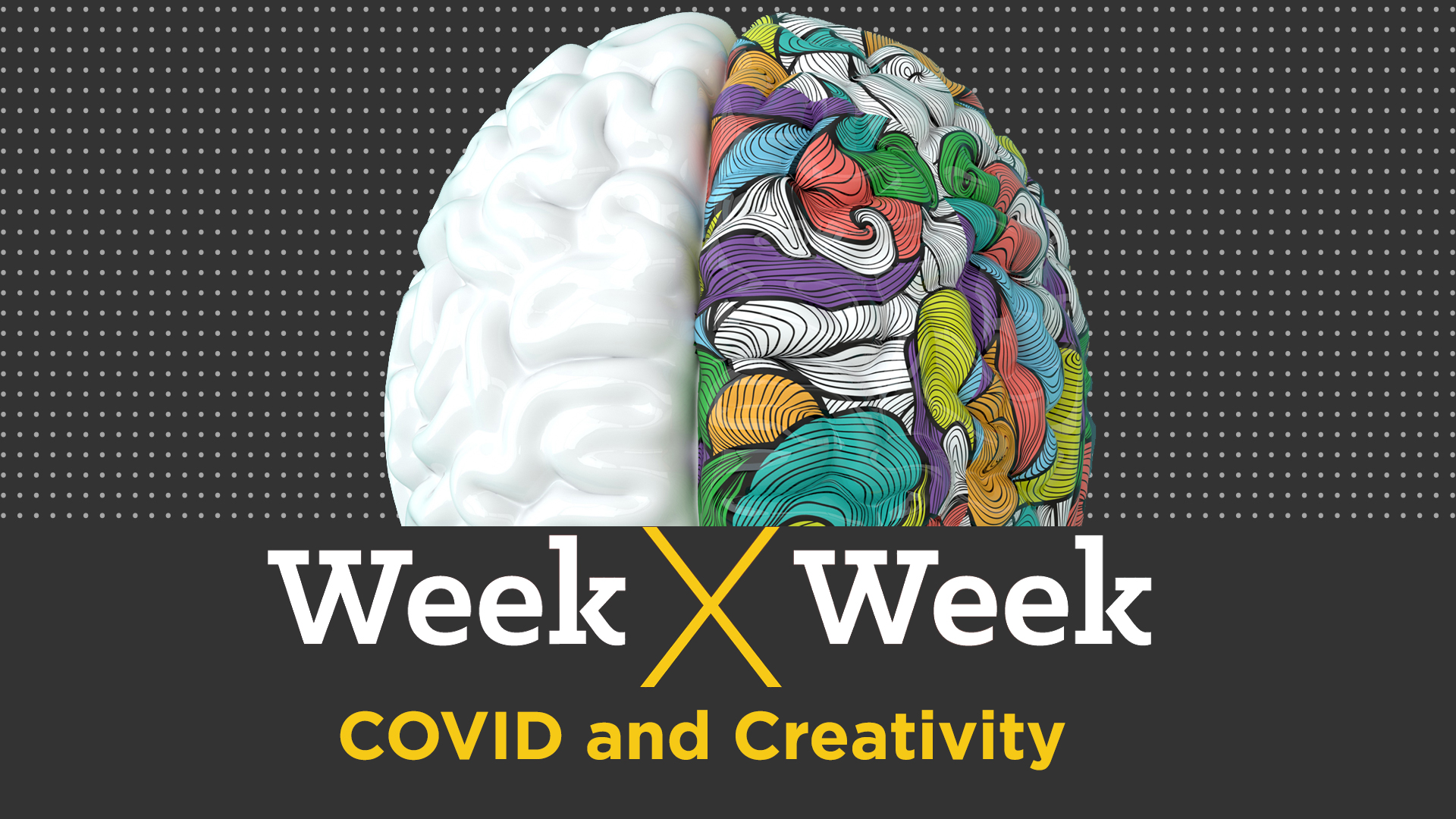 What’s Your Power of Play? Our Team Shares Their Answers